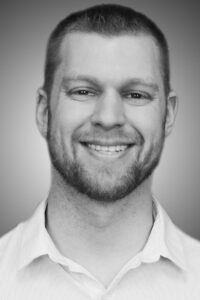 Austin received an Associates degree in Information Technology, from Boise State University. Shortly after, he began working at Hewlett-Packard for eight years. Austin joined Idaho Digital Learning in July 2015 as a Programmer and is excited to be delivering software solutions alongside such talented people. If he’s not behind his desk, you will probably find him outdoors, as he enjoys backpacking and whitewater rafting.